Malta is an example that should be followed: Over the weekend, Hans Kluge, Regional Director of the World Health Organization of Europe, tweeted about Malta and praised the country for the health measures taken to protect the population and control the spread of the coronavirus. Kluge said Malta was “on the right track and an example to follow”. 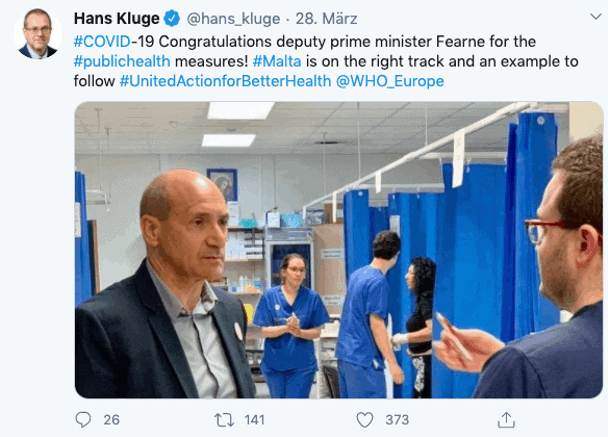 But why exactly is Malta explicitly praised in this way? What does Malta do better than other countries? And what does the “Corona crisis” mean for life in Malta?

I will answer all these questions in my article.

The Maltese Government took measures to ensure the protection of the population even before the virus spread. For example, people who came from an affected area were ordered to be quarantined at home as a precautionary measure. Shortly afterward, flights to affected countries were canceled and finally, the airport was completely closed to passenger traffic on 21 March. Restaurants, cafes and shopping malls were also ordered by the Maltese government to remain closed or to offer only deliveries. The closure of schools and kindergartens was announced on 12.03.2020 and closed on 13.03 and 16.03 respectively. Last Thursday, further measures were then imposed, such as a light curfew for over 65-year-olds and people at risk and those in contact with them. Those affected are to be allowed to do only the most necessary purchases.

In addition, the Maltese government managed to set up structures within a very short period of time, such as the delivery of food to people who can no longer go to the supermarket due to health restrictions or quarantine.

Also the spot checks for quarantine violations and the announced penalties for non-compliance (3,000 Euro) had an effect.

The efforts made so far speak for themselves: despite the fact that Malta is a small island with a high population density, only 156 people are currently infected (as of 30.30.2020).

Another reason lies in the mentality of the Maltese people. They take their responsibility towards the elderly and sick people very seriously and stay at home even though there is no imposed curfew, they make home office and only go out if necessary.

The geographical location of Malta contributes significantly to the low number of cases so far: Due to the fact that Malta is an island, it is, of course, easier to ” cut it off ” from the outside world and therefore to stop the spreading of the virus.  As already mentioned at the beginning, the Maltese government made use of this relatively early on, in contrast to other countries, and restricted air traffic first partially and finally completely.

Malta is not only a beautiful tourist destination with the cleanest water in Europe but also has a thriving economy due to a wide range of governmental incentives.

Of course, the low tax rates that Malta offers play a role in this context.  It is particularly at this time that it becomes obvious that Maltese companies have a higher equity ratio than those in other countries due to the low effective taxation and are therefore better equipped to cope with such a crisis than in countries where effective taxation accounts for almost half of the profits. In addition, the government has offered its help if necessary, as already described in this article.

The WHO Regional Director for Europe, Hans Kluge, visited Malta last October after being nominated for the position. Back then, he praised the Government of Malta for its commitment to improving the level of health. The Maltese health system is considered to be one of the best in Europe: Malta provides basic health care to every inhabitant of Malta, financed by social security contributions. Maltese citizens can also take out private insurance in addition to this public health care through the state system – but this is not compulsory, as the state system provides basic care. The ratio of doctors to the population is also relatively high in Malta. This situation can additionally ensure access to adequate care.

Effects of COVID-19 on life in Malta

Even though Malta could hardly manage the crisis any better, some changes are still noticeable: Due to the current situation, fewer people are thinking about “relocation to Malta” or similar matters. As a result, fewer people are moving to Malta than usual. Furthermore, the demand for new accommodation of Maltese residents is decreasing. At the same time, however, many new apartments have been built recently and are currently being completed. From an economic point of view, this creates a supply overhang, which in turn leads to a reduction in rents. 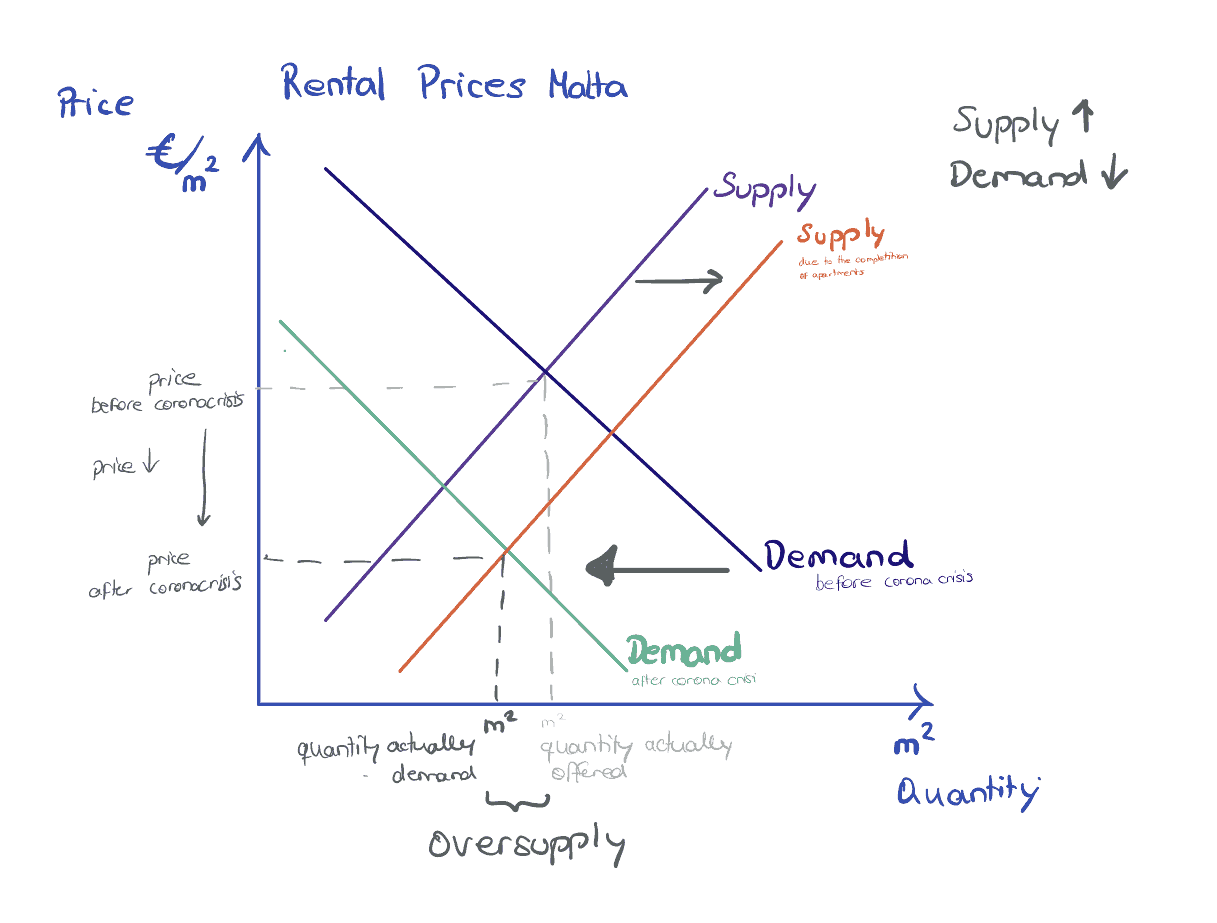 However, Malta not only has one of the best health care systems, but also has the highest life expectancy within the EU (i.e. the number of years a person lives without necessarily being physically active & healthy)!

To note that Maltese women are in first place with 73.4 years and Maltese men with 71.9…just under 10 years above the EU average! 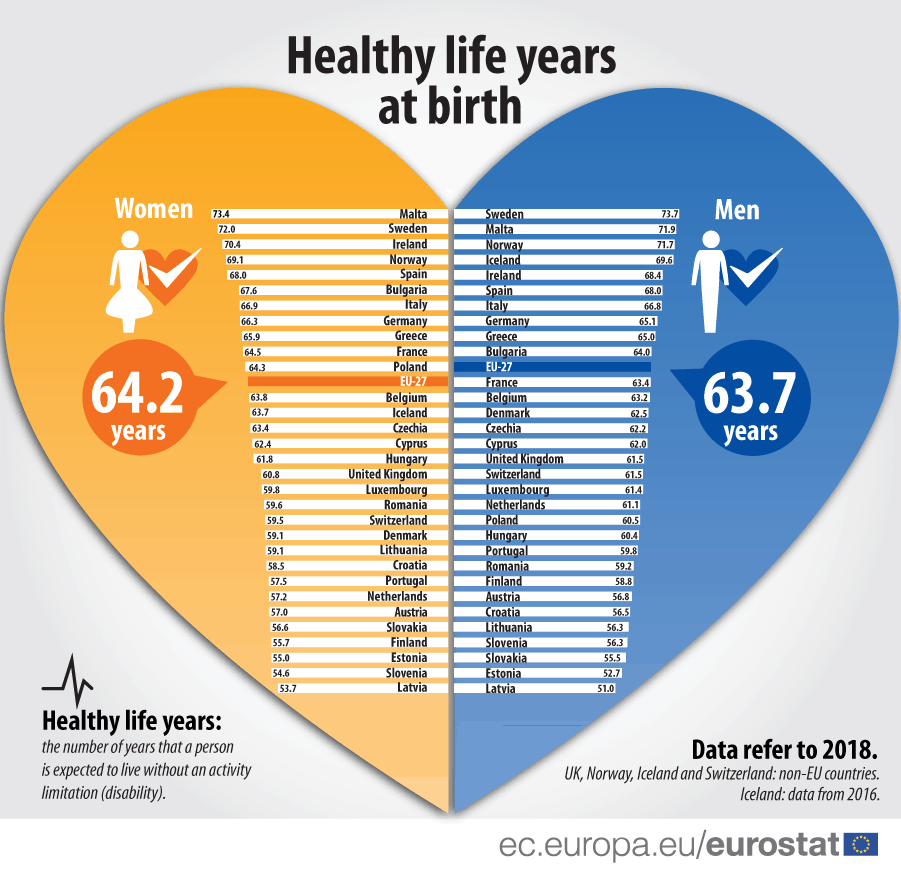 All in all, to use Hans Kluge’s words, Malta is leading by example. The government is reacting quickly and the people are following the governments’ instructions.

In my opinion, it is situations like this that show how good a country’s government works. For my part, I can say that I feel very safe and secure here with my family and I continue to recommend to anyone who asks me to move to Malta. The measures taken by the government show that Malta can keep up very well with the rest of the EU countries, if not surpass them. I also assume that the Maltese Government will use the lessons learned from this crisis to make Malta even safer in the future than it already is. Especially in view of the fact that the coronavirus is likely to concern us for some time, as it is expected to reappear in waves, I consider Malta to be a very safe place.

I am convinced that, after this crisis, many companies will continue to choose Malta as a suitable business location because of the locational advantages such as the Mediterranean weather or the tax advantages that this country has to offer for companies. Therefore, I advise all those who are thinking about setting up a company in Malta to deal with this topic right now in order to be able to profit from the current “advantages” such as low rents. If you have any questions on this topic, please do not hesitate to contact us. 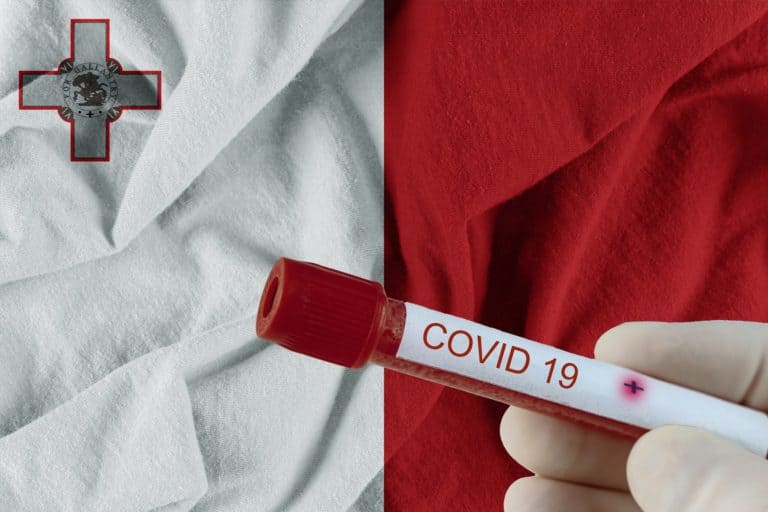 Why Malta is the perfect place to reside in – even in times of ‘Corona’.

Comment by Philipp Sauerborn: Currently, there is no other topic that dominates the media more than the coronavirus or Covid-19, a virus that is spreading 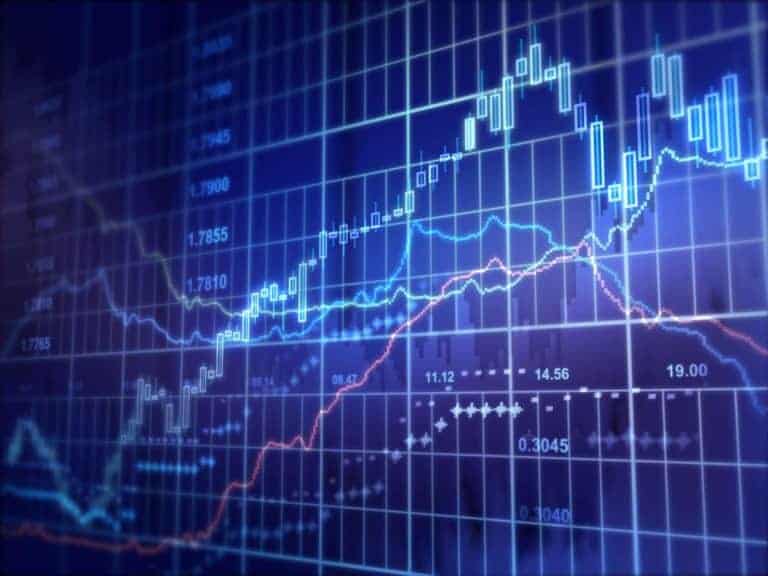