4 Reasons Not To Incorporate in Malta in 2021

Often, incorporating a company in Malta under the Malta Limited model is said to be the most tax-efficient solution within the EU.

Those who meet the necessary requirements can benefit from an effective taxation of 5%. However, it must be noted at this point:

It is by no means a done deal that all requirements will be met. On the contrary—there are good reasons against setting up a company in Malta.

Let’s unpack them one by one.

1. Reason Against Founding in Malta: Complexity

We live in a world where tax transparency is increasing. This is not a bad thing, per se.

There are various frameworks, like the CFC (Controlled Foreign Company or Corporation) rules, that clearly delineate what applies to company founders worldwide. Example: The investor or founder comes and resides in a country where CFC rules apply. Generally speaking, these are rules that indicate how a company can and may be established and operated abroad.

As soon as these or similar rules are applied, the level of substance to be established in Malta may be too high, simply because

Likewise, the BEPS guidelines of the OECD have been in force for several years. Especially in connection with ATAC and other internationally adopted legal bases, it must be stated that a clean tax management of a Maltese company can generally only be realized through an active business operation on site.

Fictitious companies that exist only with a mailbox cannot be legally realized. In order to be unassailable in the eyes of, for example, German tax authorities, you must go all-in in Malta. This argument is taken up again in point 4.

To provide clarification here: The approach is understandable. Under current law, income must be taxed where substantial value is created.

This complexity is not to be underestimated, due to applicable tax law. Often it leads to the fact that only certain entrepreneurs (i.e., those who can work independent of location) can profit from forming a company in Malta.

2. Reason Not to Form a Malta Limited Company: Income

There are many providers who offer company formation services in Malta at more or less reasonable rates, completely independent of the amount of expected annual company profit.

Incorporation as such is not really complicated, which is why it is also justified that no high costs are called for in basic incorporation.

However, what you don’t immediately see:

The consequences that go along with such a foundation. And these often only become apparent 2-3 years after the foundation.

An important factor here is the expected income.

In our opinion, a Maltese company formation and the development of the associated structure is only worthwhile from a prospective company profit p.a. of approx. 250,000 EUR upwards.

On the one hand, the establishment and operation of a company in Malta costs money and time (especially if you have to create some substance as mentioned in point 1) and on the other hand, putting all financial aspects aside, you have to consider that the mental effort of establishing and operating two corporations as a foreigner in a foreign country with different laws should not be underestimated.

Even if we relieve our clients of a lot of work, the clients‘ mental effort still remains. Therefore, the client has to weigh whether the effort of setting up the structure is really worth it with a relatively small savings of 10,000 to 50,000 EUR.

Take note: If you are thinking of moving to Malta, this limit does NOT apply, because you save considerably on building up substance.

For those who do not want to move to Malta to set up a company, the costs are often so high that it is only worthwhile starting a company with a profit of €250,000 or more per year. This does not apply to founders who move to Malta.

3. Reason Against a Company in Malta: Taxes on Dividends

Favorable tax burden as the sole reason for incorporating in Malta: Any interested party who does not live in Malta and does not intend to move to Malta in the foreseeable future should give sufficient thought to why incorporating in Malta makes sense, WITHOUT THE TAX ASPECTS. The advantages of incorporating in Malta solely for tax reasons will sooner or later be torn down in an audit by a foreign tax office. However, there are enough valid reasons for setting up a company in Malta. For example: the geostrategic location, the practical regulation in the financial or gambling sector, the attractive ship registration possibilities, the more favorable ancillary wage costs/social security contributions, the large number of specialists in the IT sector, the modern research infrastructure, business and trade centers, the secure IT connections, and much more.

Note: In the case of a move to Malta, there is no need to make any further declarations to foreign tax authorities, because you will be living in the same country where you are setting up your business. Furthermore, the move to Malta offers considerable personal advantages, which we can gladly explain in a conversation.

4. Reason Against a Company in Malta: Do Not Incorporate ONLY Because of Taxes

Any interested party who does not live in Malta and does not intend to move to Malta in the foreseeable future should give sufficient thought as to why it makes sense to incorporate in Malta, WITHOUT THE TAX ASPECTS.

The advantages of incorporating in Malta, solely for tax reasons, will sooner or later be brought down in an audit by a foreign tax office.

You can be sure of it.

On the other hand, of course, there are enough other valid reasons for setting up a company in Malta.

Here, for example, it’s worth mentioning

Note: In the case of a move to Malta, there is no need to make any further declarations to foreign tax authorities, because you will be living in the same country where you are setting up your business.

Furthermore, the move to Malta offers considerable personal advantages, which we can gladly explain in a conversation.

TAX MOTIVATION ALONE IS NOT ENOUGH

Setting up a company in Malta just because of taxes will sooner or later go wrong and there is a risk of increased taxes in subsequent years. This does not apply to company founders who move to Malta.

DO YOU WANT TO CHECK IF FORMING A COMPANY IN MALTA IS RIGHT FOR YOU?

As described, there are good reasons not to incorporate in Malta.

Nevertheless, there are of course entrepreneurs who can benefit from Malta and a local company formation.

We would be happy to evaluate whether a company formation makes sense for you or not, 100% free of charge and without risk, in a 30 minute phone call.

In this post, we will explain to you how to apply for a Maltese Residence ID card and e-ID, we are about to point out which are 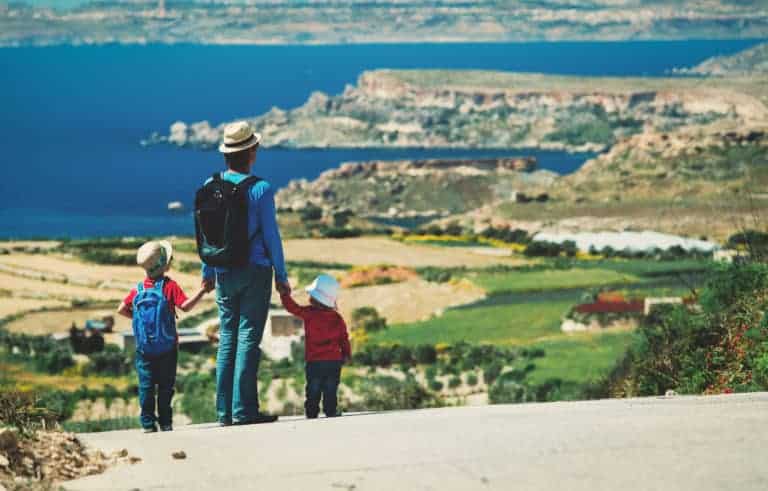 Many clients moving from other countries to Malta have children. Accordingly, there is also a great demand from potential clients to know how the kindergarten

Reasons for a Relocation of residence and/ or company headquarters Who hasn’t dreamed of living on a beautiful Mediterranean island? Good weather almost year-round, crystal

If you want to save taxes, you’ll come across the Malta solution again and again. Since this article ranks high in Google searches, interested parties