Due to the increased interest of companies, business sectors, or entire corporations in relocating abroad and the growing willingness of people to move to Malta, there has been a significant increase in the need for accompanying tax expertise. Sometimes the step-up in need is due to tax authorities, which are carrying out more audits in a standardized fashion to prevent the abuse of international levying structures.

Of course, it all revolves around money and income; every emigration or relocation abroad means less tax revenue in the country being left behind. Laws and how they are interpreted will be regularly reexamined and adapted over time. This is something not only undertaken occasionally by national governments, but is also being promoted by economic alliances, which operate in relative harmony here.

Particularly noteworthy authorities here are the G20, the OECD, and the EU, entities that have been more active than ever in the last 5-10 years in the name of battling the almost aggressive pursuit of tax evasion or, what amounted to the same thing, tax avoidance. Because companies work with all means and tricks available, financial institutions must also use the full arsenal at their disposal. In this landscape, a number of measures that might have worked ten years ago are no longer appropriate today.

The financial institutions, the legislators, and the jurisprudence have started penetrating matters much more deeply and questioning the meaning of structuring through tax-optimized foreign countries much more frequently. It is precisely this tax optimization that should not be in the foreground. It is entirely possible, and maybe even desirable, in modern international tax law to formulate measures very diversely. A poor design therefore can mean that legally recognized profits are taxed in both Malta and the country of origin, such as Germany.

The principle of added value comes into play here, likewise such topics as exit taxation—for both individuals and companies—transfer prices, treaty shopping, treaty overrides, the application of double taxation agreements, issues relating to permanent establishments, international share swaps or mergers—all fall under the heading of international taxes and tax advice. The establishment of a company or corporate structure is here typically the consequence, but should never be the reason or origin story.

What our Service includes

DWP Dr Werner and Partner offers each client well founded advice in an international context in that stage before the possible founding or redesign of a business.  It is often the case that DWP’s expertise and advice is not sufficient and that a special consultant from the country of origin must be involved. In today’s international tax law, it is not so much which answers you get, but which questions you ask.

We have always tried and continue to try to get ahead of the curve and anticipate developments like the ones described above. In addition, we have always supported tangible, reputable, and real set-ups on our own initiative and logic. We were thinking about substance, added value, transparency, and real economic foundations and benefits at DWP Dr Werner & Partner long before the Panama Papers.

Thus, we can state here and now that we safeguarded stability for our clients, that, on the heels of the dramatic changes adopted by states and communities after publication of the Panama Papers, most of our clients did not experience any upheaval at all—they had already been prepared accordingly. One of our core competencies is comprehending the political motivation of the states, including their tax-protection measures, those that prevent a letterbox company from illegally reducing tax revenue.

WHO CAN BENEFIT FROM OUR SERVICES

Advice on international taxation and international tax law from DWP Dr Werner and Partner is aimed at entrepreneurs and companies, at people who are considering expanding into or through Malta. Our advice is also aimed at people who want to reimagine their lives in Malta. Often, these two points are connected, can make a lot of sense together, can effectively dovetail into a new life. It is not always a functional company or business that wants to include Malta in its plan: we here at DWP Dr Werner and Partner have increasingly created holding structures in recent years, containers into which dividends and capital gains from abroad can flow and work here without taxation or at low tax rates for the investment income generated. We’ve also seen small or new family offices choose Malta as the location for their activity.

While we, as a law firm, have no preference for a particular business area, our experience of the past ten years has shown that it is mainly entrepreneurs who use the Internet for their activities who choose Malta as a location. International entrepreneurs and companies for whom English is practically their mother tongue are particularly suited to choosing a country where English is the official language. This fact has been further intensified by Brexit. We advise on most questions of international tax law that arise from company structure.

Why you should choose us for International Tax Advice

Our expertise in the area of international tax law lies in advising companies and people who want to relocate a business and/or the center of their home to Malta.

Of particular note here is:

The primary advantage of consulting DWP Dr Werner & Partner in the context of international tax law is the diversity of our team. This has a direct bearing on German-speaking clients, of course—most of our consultants speak German, who of course also have the necessary Maltese qualifications. (If you don’t speak German, keep reading; it’s still relevant.)

This is a real advantage, to be advised on Maltese issues in your native language. In addition to fluent consultation, this includes our understanding of the mentality in Germany and Austria and the corresponding law. This is not only important from a strategic standpoint, but also for understanding the fundamental motivation behind these countries‘ legal moves.

This carries a decisive advantage even if you don’t speak German: Because Germany and German tax law, in particular, have been leading or even pioneering all changes to international tax law over the past ten years, we can generally assume that if we work in accordance with German tax law, we’ll be in the clear with most other countries, as well.

At this point we should clarify that Germany is the country that had to undergo the least adjustments to local law in order to comply with international law. Various mechanisms and legal groundings that will only take effect in many countries from 2019-2021 have existed in German tax law for decades. This is also the reason our clients did not have to restructure themselves very much after the EU and the OECD took up or occasioned corrections.

Accordingly, DWP Dr Werner & Partner incorporate this German experience into every design. This might at times seem overly strict or more complex than some clients can see fit, but it is precisely what constitutes the main advantage of our service.

What our clients say about our service

Sandro BernardiniDirector of ZUKUNFTSBLICK
I feel in very good hands with DWP and - just technically speaking -their knowhow saved me already a lot of time and money. Five stars, all thumbs up!

Jürgen FischerBusiness Owner
The team is overwhelmingly friendly and almost 24/7 available. I would definitely recommend DWP.

Client
DWP stands out for me mainly because of the uncomplicated communication, transparent and fair price structure paired with high professional competence, which I have never found before in such a combination.

Markus SchirpDirector Schirp DSO
I can highly recommend DWP because of the professionalism of employees hired by DWP, the right approach towards clients, qualified personnel, in-depth knowledge of a variety of sectors.

Edwin Zammit
Since 2005 we are working together in a very close and friendly business relation. We only can recommend DWP as a competed, service orientated partner we can rely on.

Marcus BuhlTechnical Director of MaltaRent
I particularly appreciate the confidential, almost familylike relationship, in which together we were able to successfully navigate around all the obstacles.

How long does it take to move to Malta when forming a company?

About 3 months to complete everything.

When does forming a company in Malta make sense?

Ok, so I’ll just rent a flat in Malta and deregister where I live. How should the financial authorities then be able to prove that I’m still there?
So for whom does Malta make perfect sense?

First of all, for anyone who is not tied down and can imagine living in Malta. In our view, it’s particularly favourable for international entrepreneurs and internet-based business company owners who can work (and who do work) from any PC or telephone located anywhere in the world.

This all sounds so complicated!

It can be, but it doesn’t need to be because you have us to analyze and structure everything for you. There is no formula or “one-size-fits-all” solution for everybody. What’s perfectly alright for one client may have serious consequences for another. Each case is different, and each requires individual expert advice.

Do you have a question about an international tax issue? 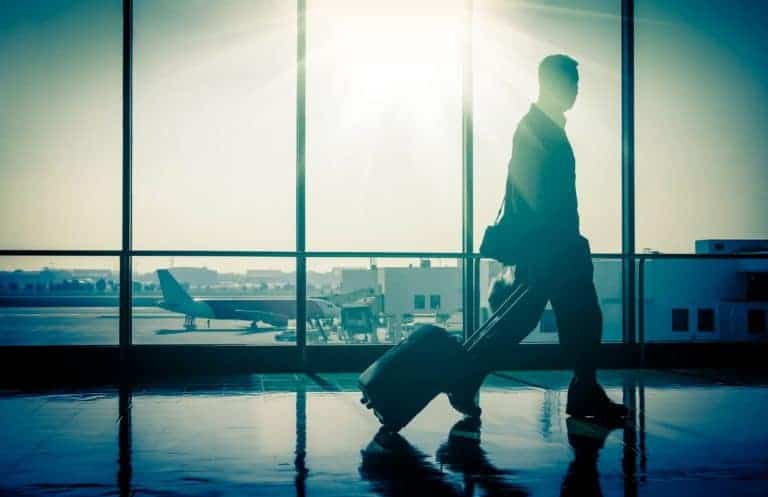 Exit taxation – is free movement blocked and who is affected from this at all?

In times of networking, living abroad, free movement within the European Union, extended globalization and mobility, people more often do not spend their whole life in one and the same place. Moving abroad is more and more common – either for several years or permanently.